What is California Proposition 10?

Proposition 10 is an initiated state statute that would repeal the Costa-Hawkins Rental Housing Act (Costa-Hawkins), thus allowing counties and cities to adopt rent control ordinances that regulate how much landlords can charge tenants for any type of rental housing. Proposition 10 would also state that a local government’s rent control ordinance shall not abridge a fair rate of return for landlords.[1]

What is the Costa-Hawkins Rental Housing Act?

What does the political landscape surrounding housing look like in California?

Candidates in the 2018 gubernatorial election have proposed plans to increase housing in California. Gavin Newsom (D) called for “a Marshall Plan for affordable housing,” while John Cox (R) said that some development regulations need to be eliminated to incentivize construction and decrease costs.[12] Neither Newsom nor Cox, however, support a full repeal of Costa-Hawkins. Newsom said he was open to fewer restrictions on rent control, but that outright repeal would “have unintended consequences on housing production that could be profoundly problematic.” Cox stated, “I don’t believe rent control works.”[13] The California Democratic Party’s executive committee endorsed Proposition 10, while the California Republican Party’s leadership decided to oppose the ballot initiative. Amy Schur, campaign director for the Alliance for Community Empowerment (ACCE), responded to opponents who said that decreasing rents requires more housing, not rent control. She said, “That [building] is slow and expensive. In the meantime, the only policy step that will address the severe displacement crisis in the short term is the expansion of reasonable rent control.”[14]

The state legislature had also looked at rent control in 2018. Rep. Richard Bloom (D-50) introduced a bill to repeal Costa-Hawkins. The Assembly Housing and Community Development Committee rejected the bill because the committee’s two Republicans voted against passage and two Democrats abstained from voting. Three Democrats voted to recommend the bill, but four votes were required.[15] Rep. David Chiu (D-17), the committee’s chairman, said, “… this will not be the end of the conversation. It’s just the beginning.”[16]

Who is behind the campaigns surrounding the ballot initiative?

Note: The campaign finance information on this page is according to the most recent scheduled reports, which covered through September 22, 2018, and interim reports available as of October 21, 2018. The deadline for the next scheduled reports is October 25, 2018.

The Coalition for Affordable Housing is leading the campaign in support of the initiative. The AIDS Healthcare Foundation(AHF) and Alliance of Californians for Community Empowerment (ACCE) Action organized the campaign. The coalition and allied committees had raised $25.08 million, with AHF providing $22.86 million. AHF spent $48.1 million on backing ballot initiatives related to healthcare and housing in 2016 and 2017, including Los Angeles Measure S and California Proposition 61. Michael Weinstein, the founder of AHF, said his organization is interested in rent control from the perspectives of social justice and public health. “From a social justice point of view,” said Weinstein, “we are seeing mass displacement… and we feel like shelter is the most basic right and people are being deprived of that and we don’t believe that the marketplace can handle providing shelter to everyone who needs it.” He added, “From a public health point of view, we see our clients being rendered homeless or being pushed further and further out from where our healthcare centers are.”[17]

The California Apartment Association (CAA) and the California Rental Housing Association (CalRHA) each organized a PAC to oppose Proposition 10. An additional three PACs formed to oppose the ballot initiative. Together, the five committees had raised a combined $64.32 million. The largest contributors included the California Association of RealtorsIssues Mobolization PAC ($8.00 million), Blackstone Property Partners, L.P. and affiliated holdings ($5.00 million), and Western National Group CEO Michael K. Hayde ($4.76 million). Both Tom Bannon, CEO of CAA, and Larry Cannizzaro, president of CalRHA, said their groups’ opposition is about private investment in rental housing, among other issues. Proposition 10, according to Bannon and Cannizzaro, would make the state’s housing crisis worse because rent control would discourage investment.[18][19]

For More Information and the citation of this article click here 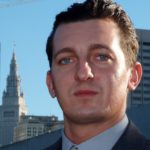