The History of Beverly Hills

from lima beans to the silver screen 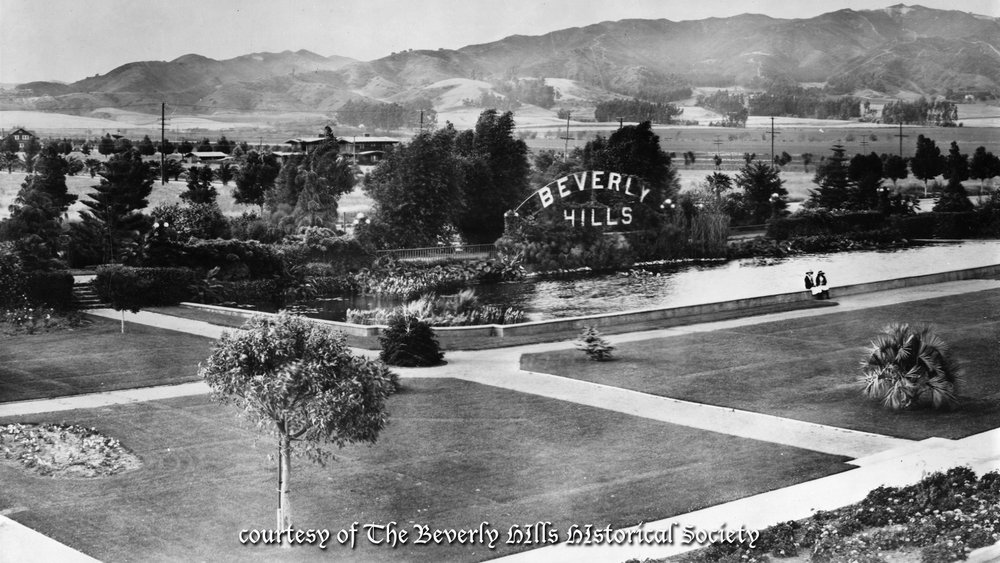 From a simple cattle ranch to The City of Beverly Hills

Maria Rita Valdez Villa took possession of approximately 4,449 acres in 1838 and named her new land El Rancho Rodeo de Las Aguas. She used the grounds as a cattle ranch and built an adobe home near the present-day intersection of Alpine Drive and Sunset Boulevard.

Her horses, cattle, and farm animals grazed contentedly across the land without boundaries until about 1854, when Villa sold her property, which would become a lima bean farm for a time.

A group of investors led by Burton E. Green later founded the Amalgamated Oil Company and arrived at Villa's former land, searching for oil. The investment group came up empty in their quest for oil but instead discovered ample underground water supplies to support development in The City of Beverly Hills.

In 1906 the Amalgamated Oil Company changed its name to the Rodeo Land and Water Company. It then renamed the territory Beverly Hills after the foothills of the nearby Santa Monica Mountains and Beverly Farms in Beverly, Massachusetts.

A new urban plan for The City of Beverly Hills

In 1907, Wilbur Cook designed a master plan for the city, and Beverly Hills began to be shaped and defined as we know it today. Picturesque tree-lined streets rolled with the natural topography began to appear thanks to the brilliant and well thought out urban plan.

Some architectural historians have suggested that silent film actress Clara Bow inspired many of the curvilinear thoroughfares that distinguish The city of Beverly Hills.

Beverly Hills officially became incorporated in 1914. The years that followed saw the addition of numerous historical landmarks and world-famous structures that continue to inspire residents and visitors, including the Beverly Hills Hotel, the Pickfair Estate, and the Beverly Hills Speedway.

The city continued to grow following World War II, thanks to the help of Paul Trousdale and his Trousdale Estates Development located just northeast of the Flats neighborhood in Beverly Hills.

Since its incorporation, no expense has been spared to preserve this municipality's reputation as one of the most luxurious, affluent, and coveted city in America.

The property information herein is derived from various sources that may include, but not be limited to, county records and the Multiple Listing Service, and it may include approximations. Although the information is believed to be accurate, it is not warranted and you should not rely upon it without personal verification. Real estate agents affiliated with Coldwell Banker Realty are independent contractor sales associates, not employees.